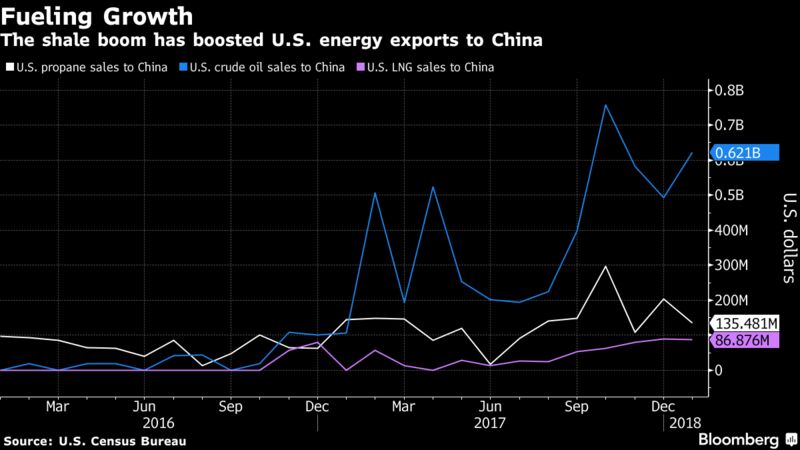 China’s tariffs in one corner of the energy market signal U.S. shale fields may follow the nation’s farms as a target if a trade war escalates.

Beijing on Wednesday took aim at America’s rural heartland by proposing levies on politically sensitive farm commodities such as soybeans, which were among 106 U.S. products targeted. The list also included petrochemicals and liquefied propane, indicating that the world’s biggest oil buyer is willing to use energy as a weapon to retaliate against planned American duties on its high-tech goods.

While officials from the world’s two largest economies had sought to calm markets by showing a willingness to negotiate, U.S. President Donald Trump on Thursday ordered his administration to consider tariffs on an additional $100 billion in Chinese imports. The Asian nation is the biggest regional buyer of American oil as well as liquefied natural gas, and the critical commodities may be swept up in the trade war if tensions flare further. […]